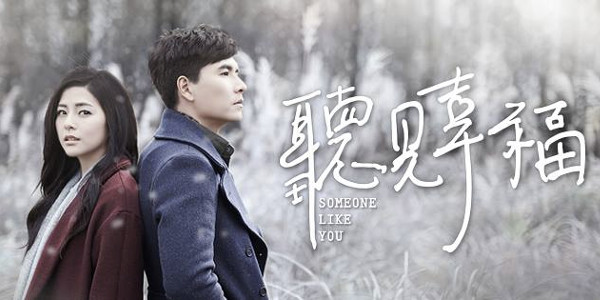 With me taking a break from translation this month, I have more time whenever I could finish work early to catch up on dramas. I have been watching from C-Drama to K-Drama and now T-Drama.

Someone Like You (聽見幸福) is a story about Fang Zhang Cheng (starring Kingone Wang) whom overnight over a tragic car accident, lost everything. His fiancee Liang Luo Han (starring Lorene Ren) died from the accident and he lost his own eyesight. 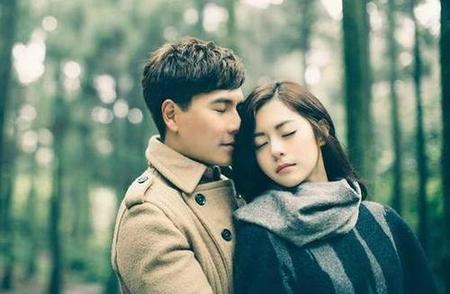 Devastated over the lost of his beloved fiancee, Zhan Cheng is inconsolable and refuse corneal transplant that would restore his vision.

Zhan Cheng’s life took an unexpected turn when one day, Chen Yu Xi (starring also Lorene Ren – 任容萱) is hired to become his day nurse. Yu Xi who looks exactly like Luo Han although Zhan Cheng could not see it yet.

Although they started off on a wrong foot, Yu Xi as frustrated as she can get from time to time, also had a soft heart. So through her patience, she took great care of Zhan Cheng while slowly bring him back to the lovely Zhan Cheng whom everyone misses.

When Zhan Cheng’s family first met Yu Xi, they were shocked to see how much she look like the deceased Luo Han. However, the family slowly warmed up to Yu Xi when they see how well she took care of Zhan Cheng.

Sweet and thoughtful as ever, Yu Xi learned Tango to enable Zhan Cheng dance with his mother through his blindness. Those moments were indeed very touching.

Zhan Cheng and Yu Xi eventually started dating. And Yu Xi also became Zhan Cheng’s secretary. These are the moments that I had truly enjoyed their sweet interactions.

Zhan Cheng slowly warmed up and open his heart. When the opportunity came, Yu Xi though her own gentle way, managed to convince Zhan Cheng to do the corneal transplant.

Of course, in any taiwanese drama, there would never be a smooth romance story. Zhan Cheng and Yu Xi become friends with Xu Ya Ti (starring Nita Lei – 雷瑟琳) whom is one of the receiver of Luo Han’s organ donation. Ya Ti whom received Luo Han’s heart began to exhibit many of Luo Han’s mannerisms and personality. And she also feel in love with Zhan Cheng.

Zhan Cheng, although realized that Luo Han’s heart is in Ya Ti, however his heart never sway from his love to Yu Xi.

Yu Xi, whom had always put anyone ahead of her, eventually chooses to leave Zhan Cheng. The moment of breakup was so heart-breaking. Zhan Cheng whom realized the reason why Yu Xi wanted to break up with him, never gave in to the request to break up. He, in his warm and gentle way, try to win Yu Xi’s heart with the help of her friends and also Ya Ti. 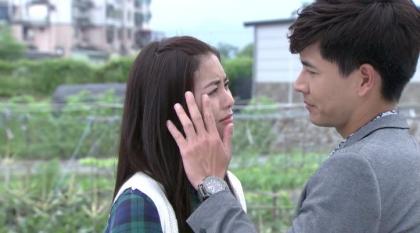 And so the wedding happen when Yu Xi is still in comatose stage. And Zhan Cheng brought her home to take care of her personally. Their prayers were finally answered and Yu Xi finally woke up. A sweet ending to the drama.

Someone Like You (聽見幸福) is indeed a lovely drama that I know I would re-watch again whenever I have the time to spare. Watching about 5 dramas where Kingone Wang (王傳一) had starred in before, I must say that I have not been disappointed in any yet. And his pairing with Lorene Ren (任容萱) despite their age gap is a perfect match.

Apart from the lovely OTP couple in Someone Like You (聽見幸福), I had also enjoyed the lovely interactions between the following:

I love travelling and exploring the world, see things from the lense of my camera.... this is my space in sharing the many exciting places that I have visited as well as some of the wonderful gastronomy experience. I also loved baking while exploring new recipes. From time to time, I will also be sharing unique dishes that I cook for my family as well as sharing some of my baking experience / recipes. View All Posts